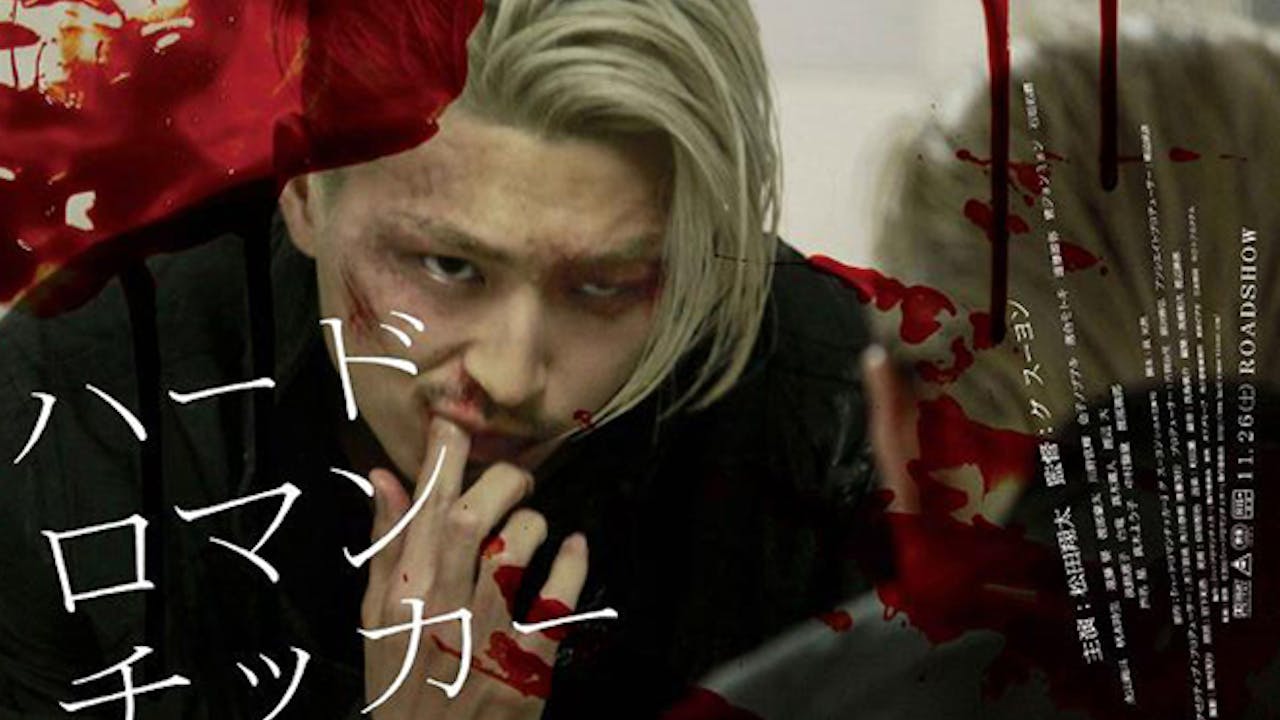 Based on director Gu Su-yeon’s semi-autobiographical novel, Hard Romanticker is a spectacularly violent gangster movie that delivers its story with equal amounts of style and carnage. Dripping James Dean-like cool, bleach blond Gu (Shota Matsuda) is a young, cocky Korean-Japanese hoodlum living in Japan. When someone “accidentally” kills the grandmother of a ruthless rival thug, Gu soon finds himself on the receiving end as he becomes the target for bloody, even deadly, revenge. And it doesn’t help that the police are on his tail as well. What’s a snarly, cigarette-puffing thug to do? With tons of ultra-violence, rampaging youths and nihilistic retribution, Hard Romanticker is a sort of a modern-day A Clockwork Orange — yakuza style!